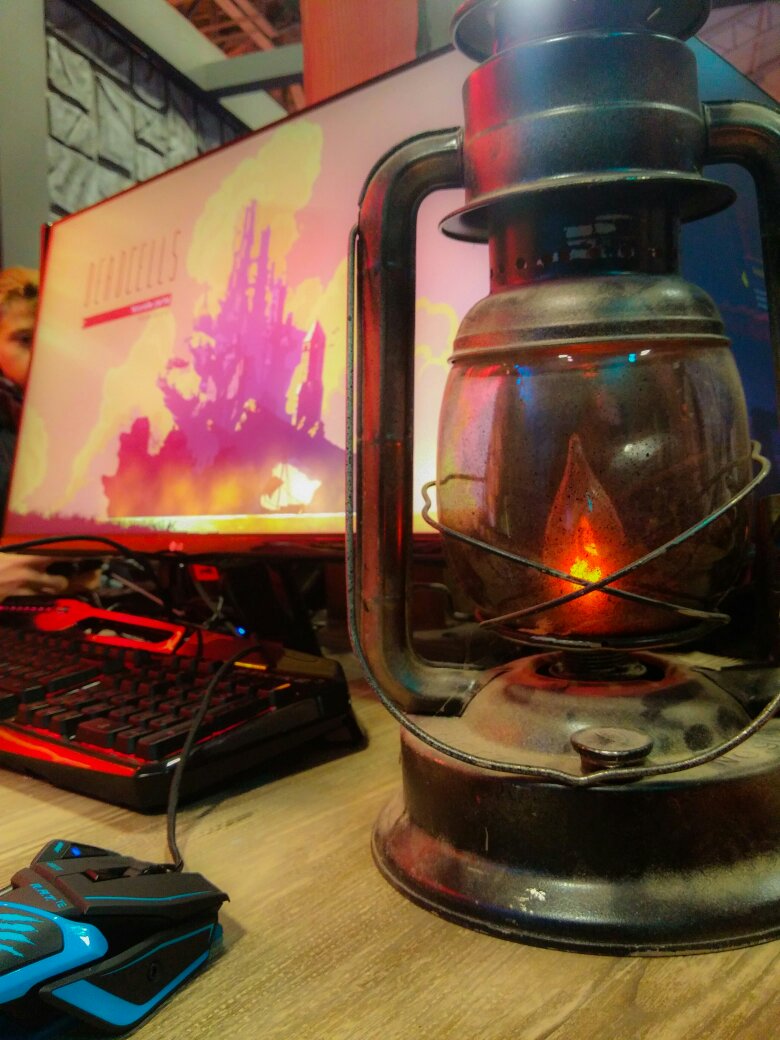 It’s that time of the year again, so here’s a little update on what’s become of the project. As some of you know (mostly the French community) we’ve radically changed the game. Again. We’re finally happy with what we’ve got, which is a Roguevania game. What’s that? How did we get here and what are we planning next?

From a Tower Defense, Action Platformer…

Tower defense and action platformer… Now there was an idea that we all liked the sound of! It’s something that hasn’t been really been done before (in 2d at least), and something that we thought could be a bit of fun. Unfortunately, with testing, it soon became clear that there was a pretty big problem with the mix of the slower paced strategy based part of the game and the faster more frenetic pace of the action platformer phase.

We started noticing this around the Nordic Game Festival, and it was at the Brazilian Independent Game Festival that we saw it for real. People were loving the action part of the game, but finding the strategy and planning part to be slow and difficult, especially when contrasted with the action. We’d already started thinking about how to overcome the problem, trying out several different mechanics and overhauls of the game design unsuccessfully. It was at this critical moment that deepnight pulled out the knife and started cutting at the game, again.

We knew that the action part of the game was fun, but the tower defense was letting us down and in today's industry, “good enough” just doesn’t cut the mustard. So we made the logical choice of choosing quality of experience over rigid design constraints. It’s a big change, but people seem to like it.

Game promotion starts early and gaming events are organised 8 to 6 months in advance, so when we made the change we were already booked in to attend Gamescom, the EGX and the PGW in Paris. Three big shows with three big stands. I was quietly pooping my pants about us having a showable demo, but the guys got stuck straight into it and the team moved forward at breakneck speed. As soon as we stopped trying to force two ideas that looked good on paper to work together in real life, things just flowed.

While we weren’t quite ready for the Gamescom, what we had was just enough. One month later when the EGX rolled around, we had something that was starting to get people talking and now, in the wake of the PGW we’re very very happy with what we’ve got.

Which is… A Roguevania game or an action platformer where you play as a blob that can take over cadavers and who must find out who he is by exploring a huge island filled with zombies, monsters and other types that need to eradicated. The problem being that if you die, well you lose your body and the little blob finds himself back in the dungeon which has somehow rearranged itself, with new enemies to kill and new paths to explore!

Those who tested the game have all been giving us really great feedback about the game, but you’ll all get to find out a lot more about the project in the next few months as we prepare for the Greenlight process on Steam. So that’s briefly what we’ve been doing and where we’re heading. I’ll write a post for each event and put some photos up for you to see next week. For now, head over to the Facebook page or check out our Twitter for some more info.