Hello Twinoidiens and welcome for our (nearly) monthly “how things are doing at Motion Twin HQ” report.

So first us some awesome news! We made it through the Steam Greenlight process that we were banging on about last time. A lot of you helped us make it through, so many thanks to all of you, it’s more than appreciated. 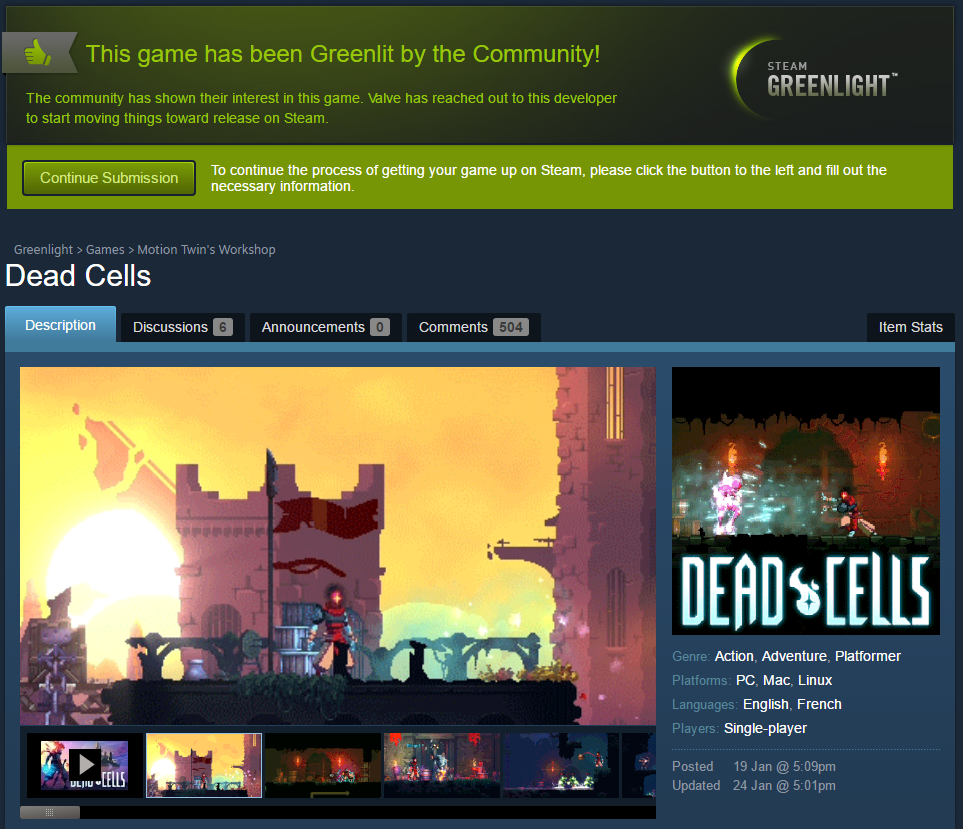 Anywho, enough with the auto-congratulation, let’s take a look at what the team has been busy pretending to do.

While the sewers became a nightmarish reality full of green poisonous “water” and (un)welcoming creatures, the team began work on a new biome. Here you’ll meet deepnight’s unseen zombies who will no doubt ruin your carefully planned mob management tactics. The weird little orange blob creatures that you can see are actually no joke. You’ll have to try to take down their spawner while trying to avoid their surprisingly vicious attacks.

Traps are being added to the castle, especially in the prisoner's cells (gotta do what it takes to keep them in, right?), and I have to admit, it feels great. We’ve got some rooms filled with these deadly things, but hey, if you manage to make it out alive, there’s a shiny reward waiting for you at the end. Loot > risk of dying horribly. 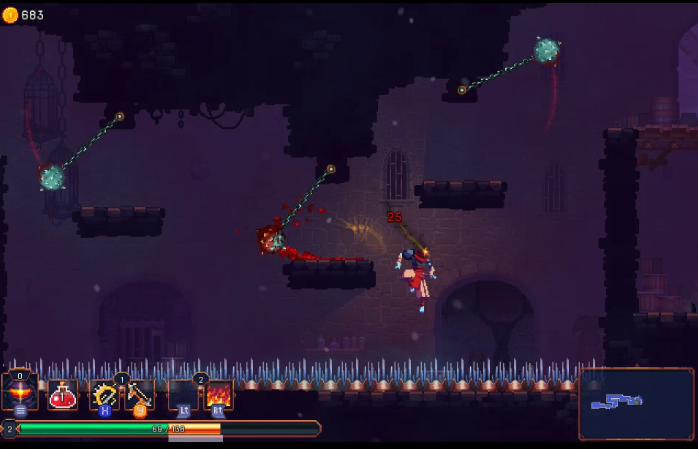 Kudos to Gwen for his work on the shop. Well I should say shopS, because there are now currently three different versions. In a near future, each one will have his specialty. Choosing spells and weapons isn’t something to treat lightly, so now you’ve got dedicated places where you can find the right tools for the job. Alternate versions of the shopkeepers to match each stall are on their ways too! 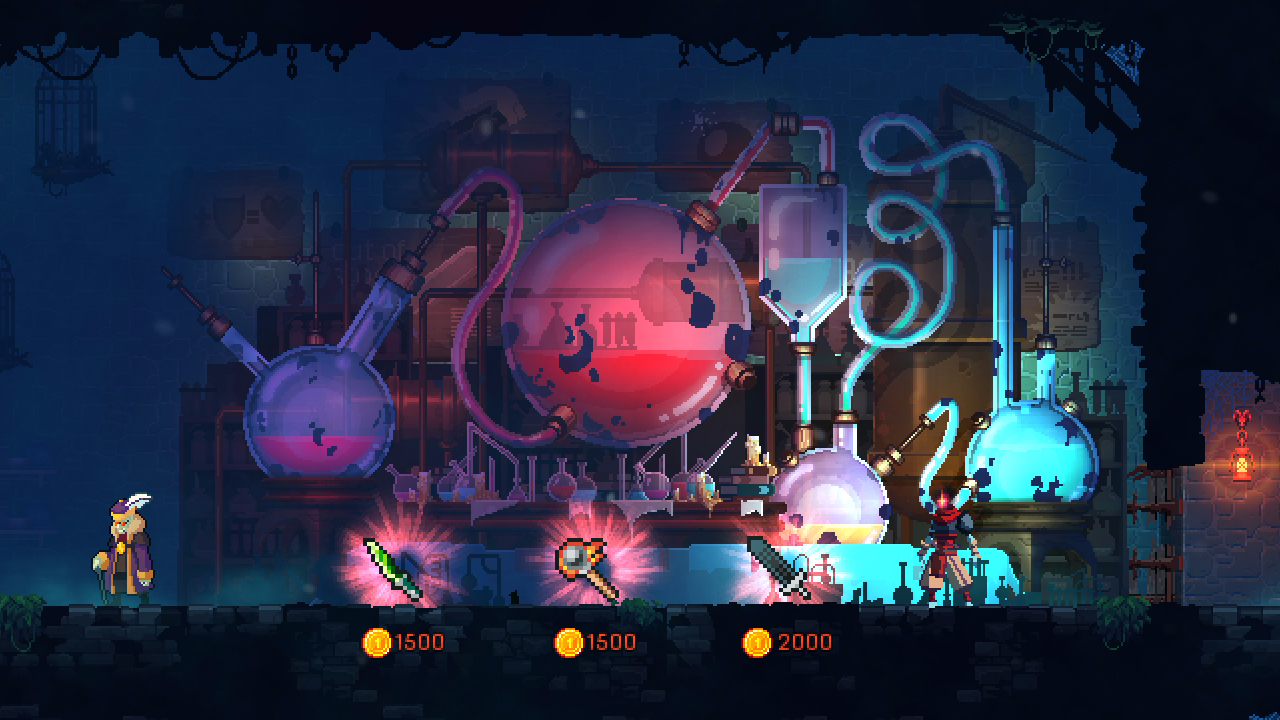 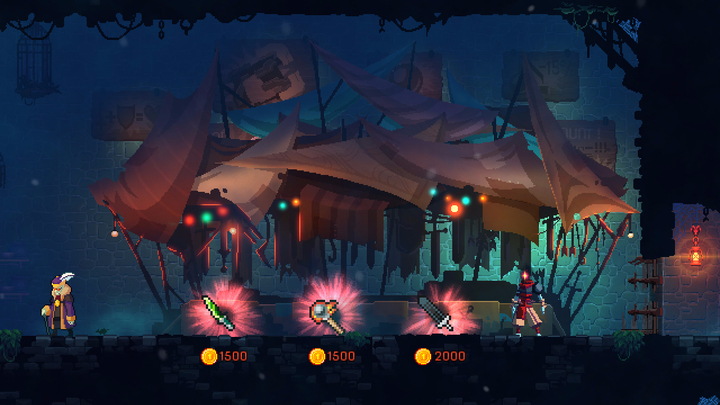 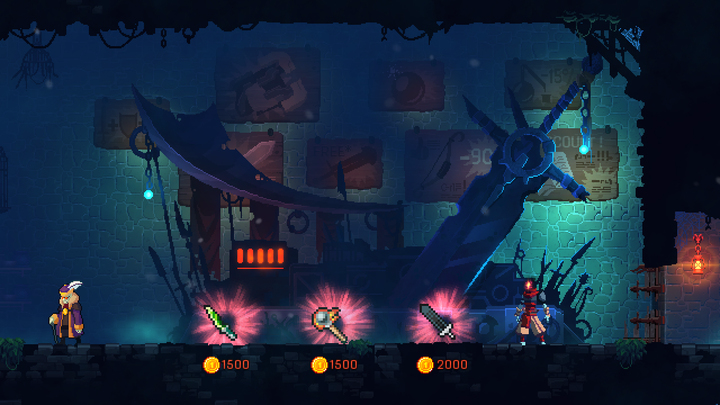 Look out! A new NPC has been seen wandering around the island: he’s got a distinctive look to him, but what he’s up to isn’t yet clear… We’ll keep you posted as we discover more. 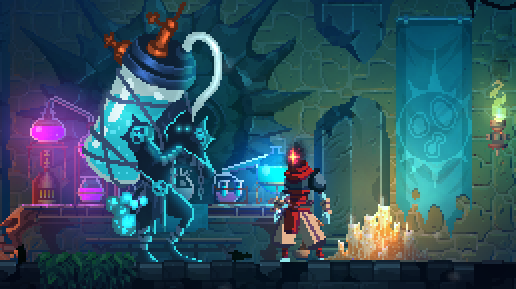 In other news, we will be at the PC Gamer Event in London in two weeks, with a playable alpha build of Dead Cells, so come say hello and get your hands on the game if you’re around.

See you next month folks,